Dreams are beautiful, right? They help us to reach farther, try harder, never give up on ourselves. So they must be a good thing. But what happens when trying harder and not letting go starts to suffocate you? That’s my story, and I know this same story belongs to many of you.

To everyone reading this that has “the one that got away,” maybe this will finally bring you some peace. I’ve had my own. He’s a wonderful, amazing person and I will always love him in some way. He taught me so much in the time that we were together and in the times inbetween. I learned how to be vulnerable, how to fight for things instead of allowing myself to be the victim, how to truly selflessly love, how to hold on, but most importantly, how to let go. 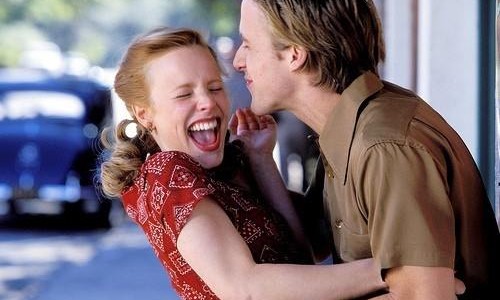 It all started with a dream.

I met this boy for coffee. We had this amazing talk, you know.. one of the ones that change your life. One of the ones that make you see the world turn to color for the first time. It’s not that I fell in love with him that day, it truly didn’t have anything to do with him. It was my seeing myself through his eyes. It was my seeing myself for the first time. In that moment, I met the first person that ever saw the world the way I did. And in that, I saw myself in him.

As the months passed, we saw each other as much as we could handle without running the other direction in an overwhelming fear of what we were feeling. It wasn’t enough to form anything real, but it was enough to form a dream. I built this dream subconsciously, like some kind of inception. I don’t even remember when it happened. It was just that I knew how the story would end. At least, I thought I did. I knew how I expected the story to end, at least.

And when we finally stopped running, we found something truly beautiful. We walked on the beach. We asked each other real questions as we got to know eachother and ourselves. We laughed and wrote music and danced and everything you might find in a Nicholas Sparks book (minus the 1950’s bathing suit and the tragic death of your favorite character). We were perfect.

Ten days later I left for an international trip for an entire month and things started falling apart almost immediately. But the dream grew. Somehow the dream grew inversely to the pain. When things got bad, I had even more fervor to “fight for it” because what we had was “so worth it!” But it always hurt because I always ended up empty. On the best day even, I wanted more. I wanted everything with him and it was never enough. It could never be enough because of the dream.

So the dream grew and the relationship poisoned both of us one day at a time. We forced it to work for about 6 months and then inevitably, a devastating break up where we were both broken to the core. Then we got back together a year later when the fantasy of what we had lost had gotten to us, and it ended with the same result. And we seem to revisit the idea every so often when enough time has passed to forget.

You stop being able to love even the good and great things because you are blinded by this dream of brilliance. This dream where you are part of a movie where you’re the ingenue and he’s the perfect prince in shining armor. The dream of the house you’ll live in and the kids you’ll have and the way you’ll dance when you’re both 80 years old. This isn’t what you have. What you have is pain. But you convince yourself to suffer through the pain because.. the dream.

On the topic of Nicholas Sparks books: In the book Three Weeks With My Brother he says, “Dreams are always crushing when they don’t come true. But it’s the simple dreams that are often the most painful because they seem so personal, so reasonable, so attainable. You’re always close enough to touch, but never quite close enough to hold and it’s enough to break your heart.”

That’s why these dreams are so dangerous. They seem so reasonable. You think, he’s not a bad person. I’m not a bad person. We love each other desperately. When he hurts me, he doesn’t mean to. When I hurt him, I don’t mean to. So this dream, this one I can have. If I just hold on, if I just give him another chance. You don’t realize that telling yourself this is only bringing you farther from the dream.

The more you hurt him, the more you let him hurt you, the world in which that dream lives is dying. The trust bridge under your feet is on fire and you are fanning the flames. You are both fanning the flames. A good friend gave me the best advice of my life, “If it hurts you put it down.” She said, “it doesn’t have to be forever. It doesn’t have to mean you put down the memories with it or the feelings. But you do have to put it down.” You do, you have to. For your sake and his.

Set boundaries to free yourself from resentment. Set expectations because you are training people how to treat you. And set limits so that you know when to let go.

Let go of the dream so you can find a love that is based on truth instead of hope. Encouragement instead of pain. Investment instead of sacrifice. One that doesn’t leave you empty, but fills you with gratitude for the things you’ve found that you could have never even dreamed of.

Liked it? Take a second to support Joy Paris on Patreon!

Mental Illness and Its Cultural Stigma

Toxic Religion: How Churches and Other Institutions Can Foster Trauma